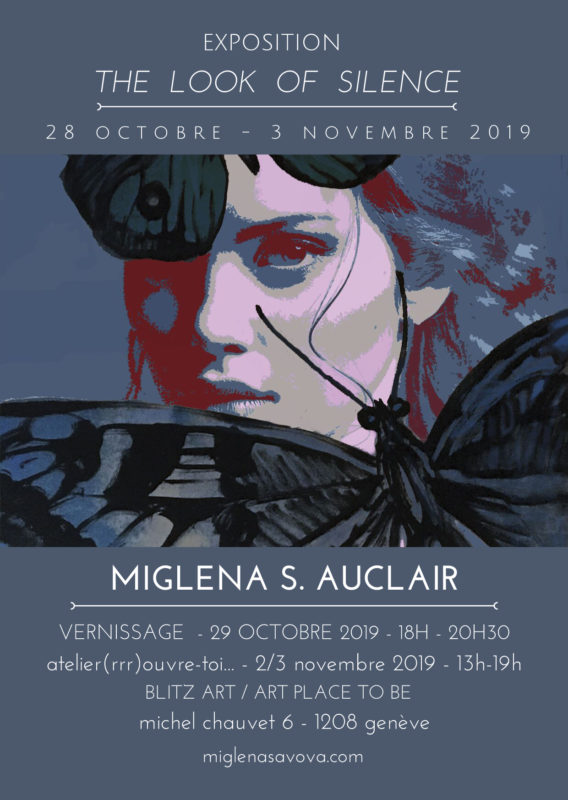 They still carry traces of human history. The image of a person can be socially expressive, but also historically significant, influential, memorable, in changing order …

Drawing anonymous people can express a universal state of human emotions. The choice of the human face as a subject is caused by the interest of the artist Miglena Savova-Ackler for his personality and his reactions, our society being more and more standardized, very close to the descriptions of George Orwell in his novel 1984 .

The subject of people is an impromptu response to the social effect – a kind of disappointment in our time where there is an overproduction of autopies, and further highlights the growing loss of identity and identity, or, in other words, “… everything is very uninteresting. …”

The magic and depth of the face have always attracted Miglena as a pretext and object of creation. In the process of her work, she is distinguished by the contrasting color, but also by the enigmatic silence with accents of color, deliberate non-resonance and chaos, in search of the ultimate goal of harmony. To obtain the desired creative effect, the subject as a subject is scaled and strongly expressed, thus creating a significant influence and impact: watching, absorbing and provoking reflection in the viewer.
The expressiveness shows dynamics of colors that seem loose and seemingly shy. By saturation of colors, while designer Miglena Savova Auclaur explores the face, it is about the geography of identity, focusing on emotions. She skillfully captures the moments of the look that express this emotion. It’s a kind of exploration of the character’s state of mind, looking for his inner world.